The Paradoxes of South Asian Citizenship 1946-72 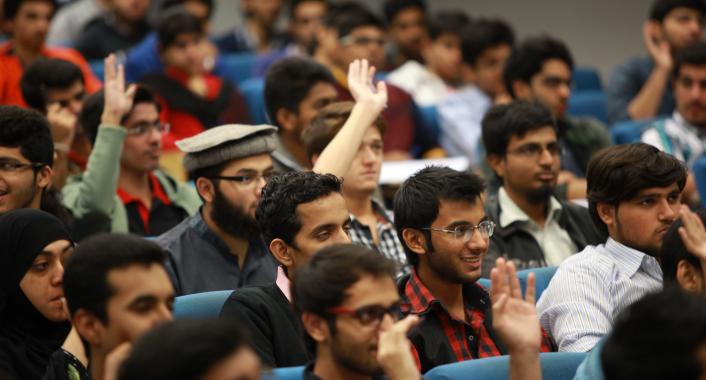 The Mahbub ul Haq Research Center at the Mushtaq Ahmad Gurmani School of Humanities and Social Sciences is pleased to present:

The Paradoxes of South Asian Citizenship, 1946-72

Dr. Chatterji is professor of South Asian history at Cambridge University and the Director of the Centre of South Asian Studies. A Fellow of Trinity College, she has published widely on partition, it causes and consequences, refugees, borderlands, migration and diaspora. She is the author of Bengal Divided (1995), The Spoils of Partition (2007) and The Bengal Diaspora: Rethinking Muslim Migration (2015, with Claire Alexander and Annu Jalais). Professor Chatterji is also the Editor-in-Chief of Modern Asian Studies.

After partition, minorities in both India and Pakistan emerged as a distinct legal category of citizens who were not fully protected by the states within which they lived. The power of South Asia’s nation states over their ‘minority-citizens’ far exceeds their sovereignty over ordinary citizens, and the capacity of ‘minority-citizens’ to resist this power was broken by a series of draconian executive actions.  But ‘minority citizenship’ was not simply a product of ‘bureaucratic rationality’, as some have suggested, or even of ‘governmentality’.  On the contrary, it was produced by complex, often violent, interactions between government and a range of non-state actors, above all refugees themselves, who forced their own ideas of nationality, justice, and entitlement onto the statute books.  Citizenship in South Asia thus proves to have a complex parenthood, with ‘civil’ and ‘political’ more entangled, and mutually constituted, than some theorists would have us believe. India and Pakistan continued to be bound together by the consequences of mass migration,  even as their discursive claims seemed to pull them ever further apart.

This is a public lecture and open to all. However, non-LUMS attendees are requested to email Emily Ashbridge (emily.ashbridge@lums.edu.pk) in advance to reserve a seat.